His name is Naniwano Jiisan. I ask him his age, but he said he forget because he is too old. This is typical old man’s joke in Japan, so I laugh at it politely. Judging from his appearance, he will be around 70 years old, maybe.

Basically lots of 70 years old man are lying in hospital and hear the slow music. But surprisingly this Naniwano Jiisan comes to street to enjoy street violent rock music. In addition that, he dance to the music.

you can see lots of street rock musician in Japan like that. 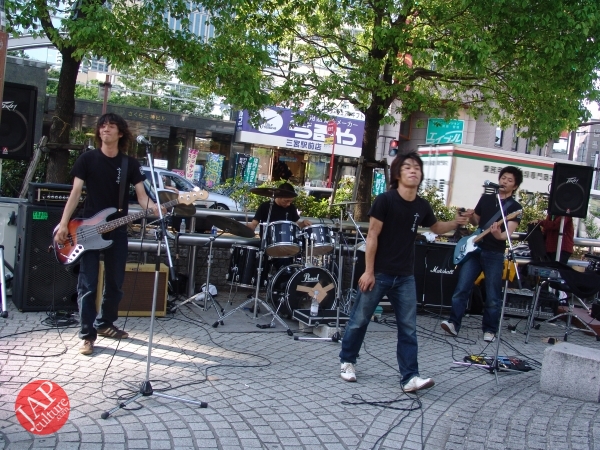 But you cannot see so much the old man who dance, jump, headbanging and scream with loudly street rock music.

This old man’s moving is really incredibly and unbelieavable. 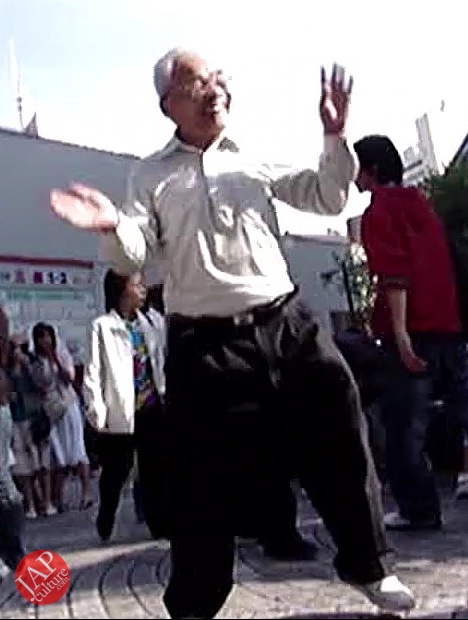 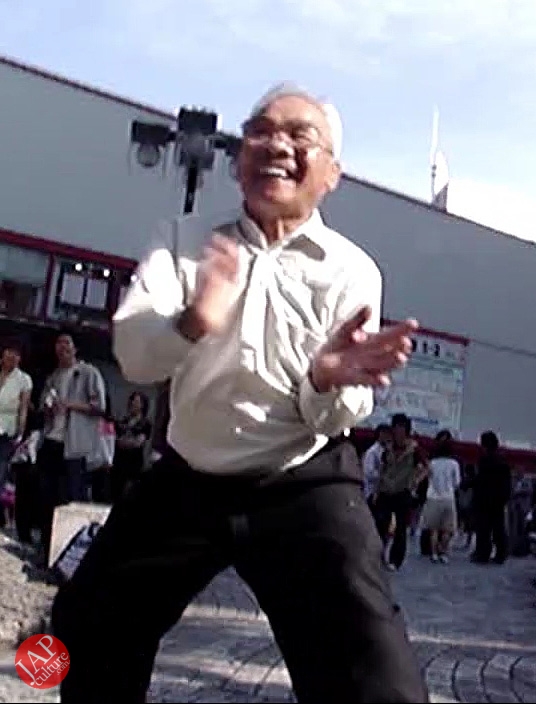 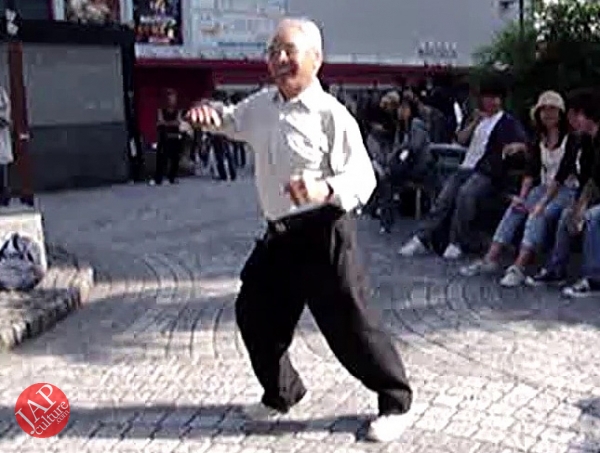 When he was young, he is in World War II. I cannot understand why Japan was beaten in World War II with this Japanese man. Maybe the Allied Forces’ man was more energetic. 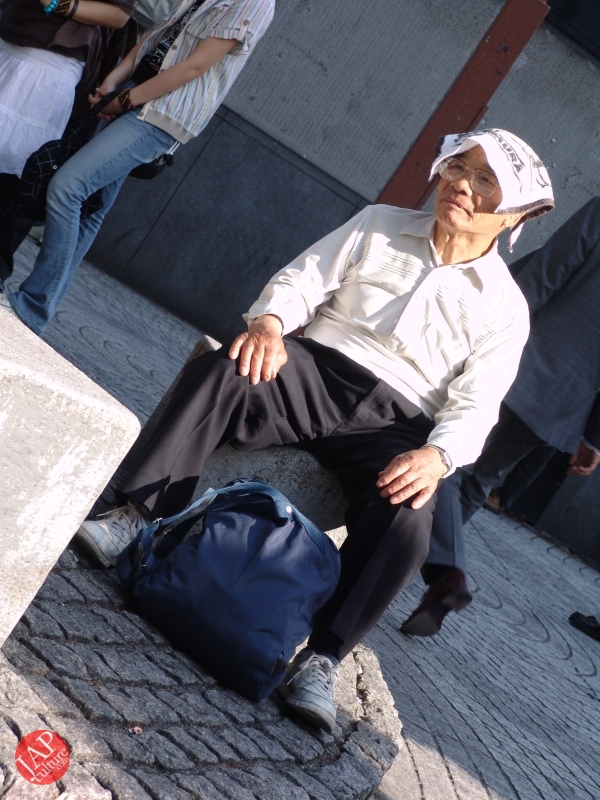 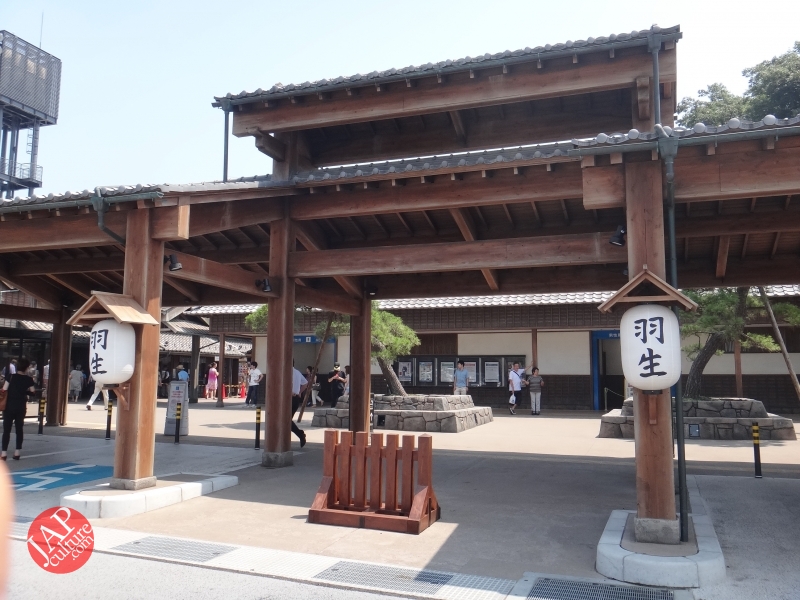 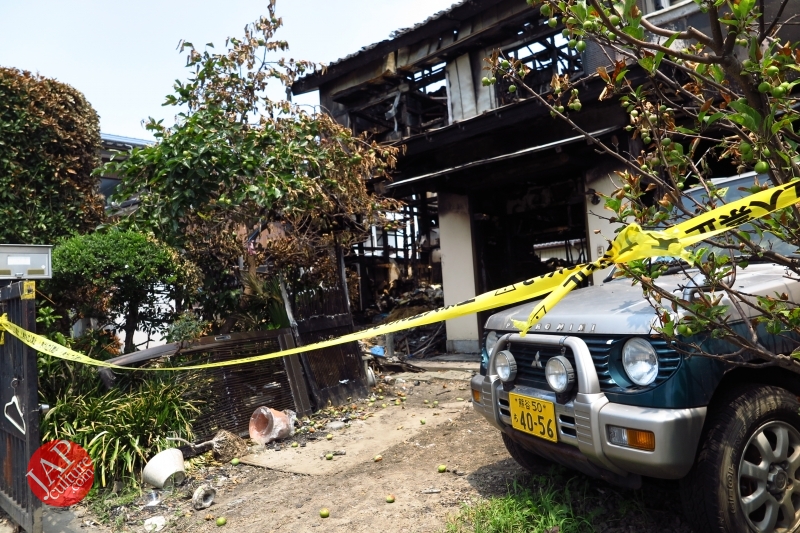 Is Sales promotion after fire burned down helpful or disgusting? 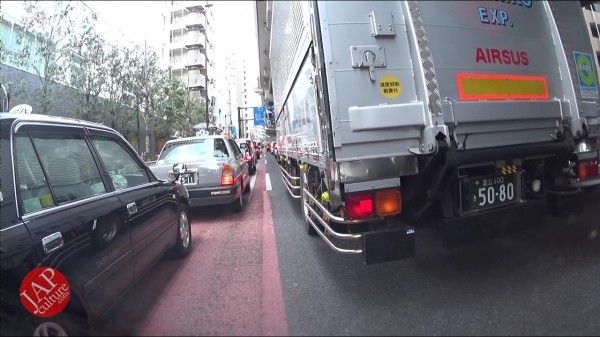 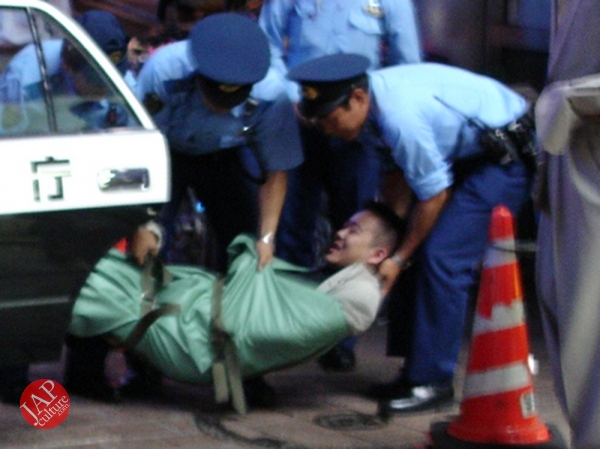